The artificial sweetener called aspartame is used widely in the food industry. It is put in everything from cookies, candies, cakes and ice cream, to gum, jams and jellies, cereals and yogurts. However, probably the most widely consumed product is diet sodas. The two biggest, mainstream brands are Nutra-Sweet and Equal. Although it is approved by the FDA, aspartame has been proven time and again just how poisonous it is to our bodies when ingested.

Aspartame has been shown to affect our bodies negatively in many ways. It can cause insomnia, weight gain, worsen depression, aggravate multiple sclerosis and other neurological diseases, worsen diabetic control, cause migraine headaches, trigger seizures, cause blindness, and may also damage a fetus’ developing brain.

A Brief History of Aspartame

Aspartame was discovered accidentally in 1965 by a chemist who was producing an anti-ulcer medicine. He discovered how sweet it tasted when he licked his finger, which had become contaminated with the substance.

In 1974, it was introduced into the United States market, only to be taken out a few months later because of inconclusive studies done on its cancer-causing effects. A new assessment of those studies led it to be authorized for solid food in 1981 and for soft drinks in 1983. In 1996, aspartame was authorized as a general sweetener.

The Dangers of Aspartame

Aspartame is composed of phenylalanine, aspartic acid and methyl alcohol. Methyl alcohol is very toxic to cells like DNA. When methyl alcohol is consumed, it is converted to formaldehyde and formic acid in the cells. Formic acid is the poison used by the fire ant that causes such intense pain. Formaldehyde is used as a preservative, such as embalming fluid. Do you want that in your body?

Phenylalanine and aspartic acid are both neurotoxic in higher concentrations. Phenylalanine is the toxic component seen in the childhood disorder called phenylketonuria or PKU, which is why it is so important to keep this harmful sweetener away from our children. Aspartic acid is one of the excitotoxic amino acids, and has been shown to produce significant damage to the brain in higher concentrations.

It has been demonstrated that formaldehyde accumulates around the DNA in cells, resulting in deletions and strand breaks in the nuclear material. Even more important, the damage is found to be accumulative. So drinking even one diet soda a day or consuming any other product containing aspartame can produce significant damage!

Food additive excitotoxins such as aspartame have been shown to be damaging on the formation of the brain during its critical growth in the last trimester and the first two years of life. Since the ovaries contain glutamate receptors like those in the brain, and we know excitotoxins cause brain damage, if the ovaries are affected in the same way, then future generations may be endangered by our eating foods high in these additives. Scary stuff!

In his book, Health and Nutrition Secrets That Can Save Your Life, author Russell L. Blaylock talks about a study which explains why diabetics who drink large amounts of aspartame-sweetened drinks may be more likely to go blind. Diabetic retinopathy is a leading cause of blindness. Aspartic acid and methanol (components of aspartame) are known eye-toxins. Given this information and evidence, why would the American Diabetes Association, as well as thousands of doctors encourage their diabetic patients to use aspartame? He goes on to explain that maybe it has something to do with the large monetary contributions that the ADA has received from Monsanto – the maker of NutraSweet! Now there’s some food for thought.

So what should we drink if we can’t drink diet soda and we have to watch our sugar/calorie intake? Ever heard of Stevia? It’s an all natural, calorie-free, sugar-free sweetener that is an herb. It’s now going mainstream and is in many beverages on the market as well as single serving packets. The biggest brands right now are Purevia and Truvia.

Leave the aspartame to killing ants. That’s right, it works as an ant killer! Go ahead and try. Sprinkle one of those little packets on an ant hill and watch what happens.

Blaylock, Russell L. Health and Nutrition Secrets That Can Save Your Life. Albuquerque: Health Press, 2006. 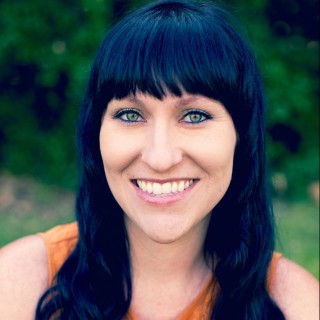 My name is Jennifer and I am a Certified Functional Diagnostic Nutrition Practitioner and Wellness Coach. Follow my blog to receive updates on healthy recipes, wellness tips and all things health-related. I offer nutritional guidance by phone or Skype, so you don't even have to leave home! I specialize in balancing hormones, detoxification, digestion, balancing blood sugar and doing detective functional lab work to find the root cause of your individual problems. I healed my own infertility through this amazing work! Please contact me for further info on how we can work together to achieve a healthier, happier YOU! Sending love and health to all!